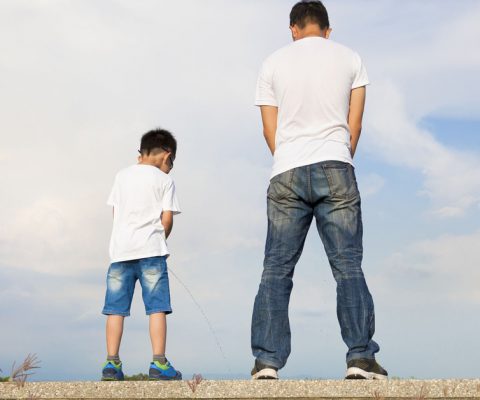 Following are the causes which explain the benefits of peeing in a seated posture for men.

In public places and sometimes at home, men are encouraged to use the sitting position as to reduce the spattering of urine. This would also prevent the formation of puddles of urine which might give an offensive odour and definitely a very gross look.

Choosing the sitting posture while urinating might also be better for public health as it may prevent the spread of disease. Though urine is sterile as it comes out, but it can be an excellent growth medium for bacteria.

3. IT CAN HELP WARD OF PROSTRATE PROBLEMS

In 2014 researchers at the Leiden University Medical Centre in the Netherlands found that sitting down to pee helped men suffering from Lower Urinary Tract disease symptoms to pee with greater force. Sitting creates “a more favourable urodynamic profile”, which helps ward off prostate problems.

3. MEN WHO SIT WHILST PEEING HAVE A LONGER HEALTHIER S*X LIFE

Ah! that got your attention didn’t it.  Well apparently it’s true. Standing to pee, apparently activates a host of discreet muscles in the pelvis and spine which prevent proper urination, and without a full evacuation this can lead to prostrate problems, which leads to less and less s*x over time.

The survey, which was conducted with 518 men as well as 518 women, shows that mothers and wives encourage the men in their families to sit down so as to avoid unnecessary spraying and urine cleanup. Since 1999, the number of Japanese men who sit to do number 1 has skyrocketed. Few companies also started designing toilets with larger holes years ago to accommodate male sitters. Also, in other nations too, this practice is hugely followed in the name of religion or tradition.
So, the above are the crisp anecdotes which would help you out in your decision making with this regard. Therefore, go with these and escalate your way of living. Keep us posted with your experiences

DOES YOUR HEEL HURT IN THE MORNING OR WHENEVER YOU STAND UP? HERE’S WHAT YOU NEED TO KNOW

6 WAYS TO MAKE YOUR SPERM STRONGER, FASTER, AND MORE FERTILE

WHAT THE COLOR OF YOUR URINE SAYS ABOUT YOUR HEALTH