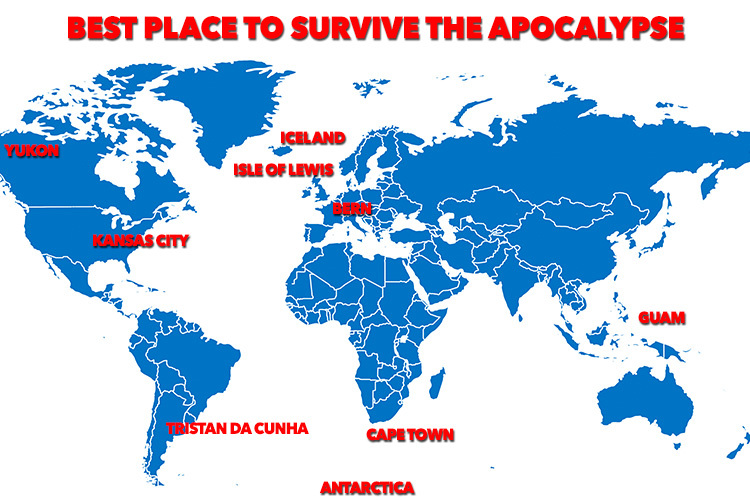 WHAT WOULD BE THE SAFEST PLACE TO GO IF YOU HEARD THE NEWS THAT A NUCLEAR BOMB EXPLODED IN A COUNTRY NEXT TO YOU OR IN YOUR OWN COUNTRY?

Russians seem very convinced that World War 3 can happen anytime. So, there are companies that have already started building bunkers filled with all the essentials that anyone need for everyday survival.

However, the targeted market is only for the super-rich, so what about the rest of us?

According to Quora users who are offering many tips, there seems one common agreement spelling bad news for People living in the Northern Hemisphere. Many users from Quora agreed on that Russia, and many of the European countries along with the Americans, will be turned into a tornup and radioactive post-apocalyptic area where those who might have survived the blast, would end up fighting each other in a constant battle of survival.

This is a High Paid Bunker on for the Rich in Germany.

According to Peter Baskerville, a teacher and one of the top writers in Quora, Said that the southern island is by far one of the nearest habitual places that will be away from the action; and the land is fertile with a supply of fresh water, and it has a decent sized population.

Many users are saying Perth is also one of the best city to live in the case of war.

According to the Guardian newspaper, Easter Island is one of the safest places too, even though it is situated in the South Pacific, 2000 miles from the South American coastline. However, the Guardian stated that if you’re not a fan of Easter Island, then you can always head to Kiribati or the Marshall Islands. Saying this, according to software that was designed for the Guardian, the software recommended that Antarctica is the safest place to go in the event of a nuclear attack or World War 3.

SAD REALITY OF OUR WORLD DRAWING WITH OIL PASTELS

See What Your Palms Reveal About Your Personality?