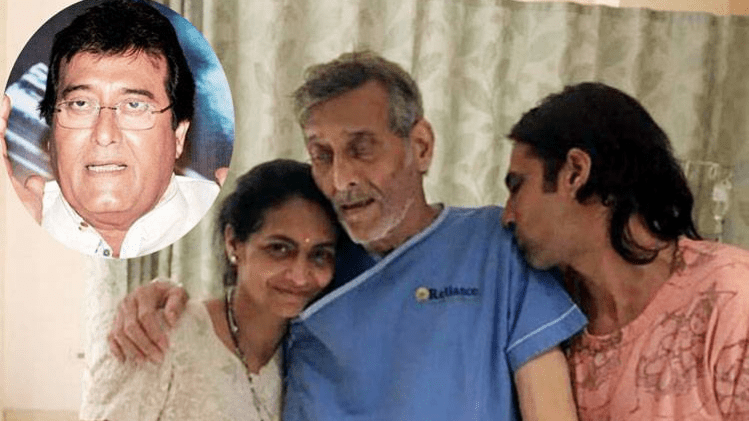 Actor Vinod Khanna, once acknowledged as one of Bollywood’s most handsome heroes, passed away at a Mumbai hospital on Thursday at the age of 70. He was suffering from advanced cancer of the bladder.

Officials at the HN Reliance Hospital said he breathed his last at 11.20 am, weeks after he was hospitalised for severe dehydration.

“Doctors and family were expecting a recovery but somehow his condition escalated and he succumbed today afternoon,” a hospital source said.

Millions of Indians had reacted with shock and sympathy after a photograph of a frail and haggard Khanna in the hospital was leaked on social media weeks ago.

Khanna, born in Peshawar in present-day Pakistan, was a sitting Bharatiya Janata Party (BJP) parliamentarian from the Gurdaspur constituency in Punjab.

News of his death triggered an outpouring of grief from Bollywood actors and millions of fans on social media.

Actor Rishi Kapoor, who was Khanna’s co-star in the 1977’s Amar Akbar Anthony, tweeted a poster of the film. “We will miss you Amar. RIP,” Kapoor said, referring to Khanna’s screen name in the film.

In a tweet, actor Richa Chadha decribed Khanna as “the fantasy of most women in the northern India through the 1980s”.

Khanna, who studied commerce at Mumbai’s Sydenham College before moving into acting. started his Bollywood career in the roles of villains in late 1960s. But once he started playing the lead roles, Khanna became a darling of the masses and is credited with making macho look good.

After giving several hit films, Khanna quit films in 1982 – when he was at the peak of his career – and joined controversial guru Osho Rajneesh. Though Khanna returned after five years and did more films, other actors had by then moved in to fill the vacuum.

Khanna acted in more than 146 films including Imtihan (1974) opposite Tanuja, a movie remembered for its hit songs. He was adept at handling both romantic and action films with ease, getting under the skin of his characters with ease. In 1988, he played the role of an aging gangster in Dayavaan.

Khanna was married to Geetanjali between 1971 and 1985 and has two sons with her, Rahul Khanna and Akshaye Khanna. He married Kavita with whom he has two children, Sakshi and Shraddha.

9 OF THE MOST HILARIOUS CELEBRITY PORTRAITS