Once upon a time Shree Krishna and Arjun went for a short stroll around the city. They saw a poor looking priest begging. Arjun felt pity at him and he gave him a bag full of 100 gold coins. The priest became very happy and thanked Arjun. He left for his home. 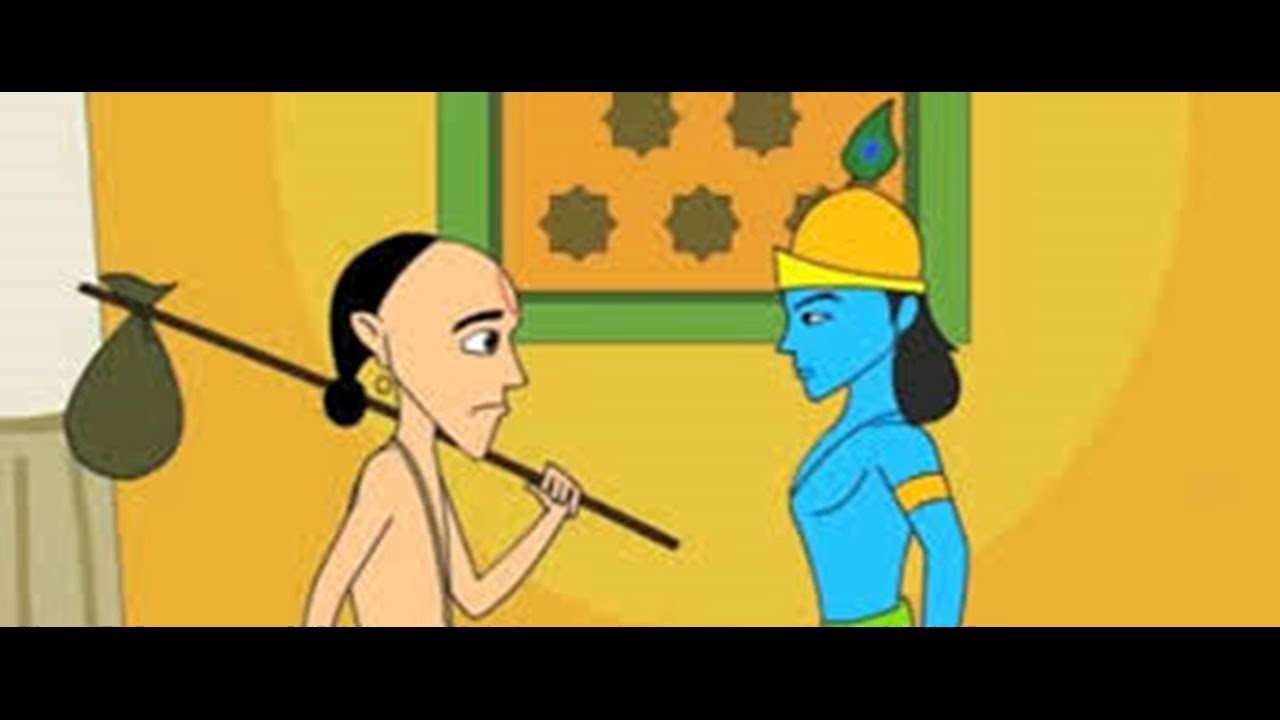 On way, he saw another person who needed help. The priest could have spared a coin or two to help that person. however, he chose to ignore it. But on way to his home, one thief robbed him of his bag of coins and ran away.

The priest became dejected and went back again for begging. Next day again when Arjun saw the same priest begging and he was surprised that after getting a bag full of coins which can last a lifetime, the priest was still begging! He called the priest and asked him the reason for this. The priest told him about the whole incident and Arjun again felt pity at him. So, this time he gave him a diamond.

The priest became very happy and left for home and he again saw someone who needed help but he chose to ignore again. Upon reaching home, he safely put the diamond in an empty pot of water with a plan to cash it out later and live a wealthy life. His wife was not at home. He was very tired so he decided to take a nap. In between, his wife came home and picked up that empty pot of water, walked towards the river close by to fill up the water. She had not noticed the diamond in the pot. Upon arriving at the river, she put the whole pot into the running river water to fill it up. She filled up the pot but the diamond was gone with the water flow!

When the priest woke up, he went to see the pot and asked his wife about the diamond. She told him, she had not noticed it and it must have been lost in the river. The priest couldn’t believe his bad luck and again started begging. Again Arjun and Shree Krishna saw him begging and Arjun inquired about it. Arjun felt bad and started thinking if this priest will ever have a happy life.

Shree Krishna who is an incarnation of God smiled. Shree Krishna gave that priest one coin which was not even enough for buying a lunch or dinner for one person. Arjun asked Shree Krishna, “Lord, I gave him gold coins and diamond, which could have given him a wealthy life, yet it didn’t help him. How will just one coin help this poor guy?” Shree Krishna smiled and told Arjun to follow that priest and find out.

On the way, the priest was thinking that one coin Shree Krishna gave him, he can’t even buy a lunch for one person. Why would he give so little? He saw a fisherman who was getting a fish out of his net. Fish was struggling. The priest felt pity at fish. He thought that this one coin won’t solve my problem, why not I save that fish. So the priest paid the fisherman and took the fish. He put the fish in his small pot of water which he always carried with him.

The fish was struggling in a small pot of water, ended up throwing out a diamond from the mouth! The priest screamed with a joy, “I got it, I got it”. At that same point, the thief who had robbed the priest’s bag of 100 gold coins, was passing through there. He thought that the priest recognized him and may get him punished. He got nervous and ran to the priest. He apologized to the priest and returned his bag full of 100 gold coins. The priest couldn’t believe what just happened.

Arjun saw all this and said, “Oh Lord, Now I understand your play”.

Moral: When you have enough to help others, don’t let that chance go. Your good deeds will always be repaid to you.

Choose Yourself On This Tree, And Find Who Are You Really?