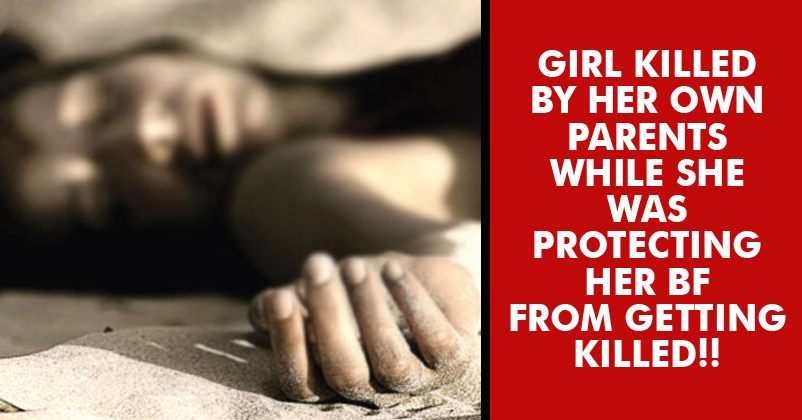 We have stumbled upon many cases of honor killings so far but the case we are going to present here is quite different and even though a couple is killed because they were in love and couldn’t live without each other, police has refused to call it a case of honor killing.

The unfortunate incident took place in Ballari’s Hampasagara village, Karnataka, where a love story had an extremely tragic end. On 24th March, a girl of 19 named Reshma Bhanu studying in Nandi PU Private College of Hagaribommanahalli had purportedly been murdered by her own parents.

Sources revealed that Reshma took part in Nandi PU College’s summer camp where she met a II PU student named K Nagaraj from Chitradurga’s Hiriyur Taluka. Their friendship started from there and they were in constant contact after that. The girl’s parents observed that she was spending much time on mobile and finally got to know about her alleged affair.

She was advised and convinced for putting an end to this love affair by her family after which the girl made a promise of stopping conversation with the guy. When she got in touch with him last month, she made him understand her situation and told that she couldn’t continue talking to him; however, she articulated her wish of tying knot with him which the man happily accepted.

He went to her home on 24th March and affirmed that he loved Reshma and they wanted to get wed. This made her family furious and they started beating Nagaraj with wooden sticks and iron rods. He got severe injuries and seeing this, the girl couldn’t stop herself. She interfered to save him but ended up being thrashed mercilessly and lost her life then and there only. This shocked her parents to a great extent and they made an attempt of hiding the crime. In fact, they were scared that Nagaraj had also passed away and that’s why, they put his body, which was lying in a pool of blood, in a bag and left it under a tamarind tree which was on the boundary of a village named G Kodihalli. Reshma’s parents carried out her last rites in a hurry and told relatives that she was sick and doctors suggested for funeral as soon as possible.

When residents of the village found that blood was flowing from the bag, they informed cops who took the boy to Hagaribommanahalli Government Hospital. They got in touch with his parents through his phone and when his parents reached the hospital, they called it an attempt of killing; however, cops denied probing into the matter.

The boy was taken to a private hospital where doctors recommended shifting him to Manipal Hospital. It was on 31st March that he lost the battle of life in the hospital. A resident of the village, Hanumanthappa, lodged a case but Tambrahalli cops didn’t carry out any investigation and PSI Mangu Naik didn’t even report his officials about it.

When SP, R Chethan, approached Tambrahalli police station with regard to the case, he found out that Mangu Naik neglected his duties and suspended him for the same, In his words,

“The case is being probed and we have filed one case of murder. We’re working on Nagaraj’s mobile contacts and will interrogate more people. We can’t say it’s a case of honour killing.”

What do you have to say in this connection? Share your views in the comments section below.

How to Teach kids to learn the alphabet easily