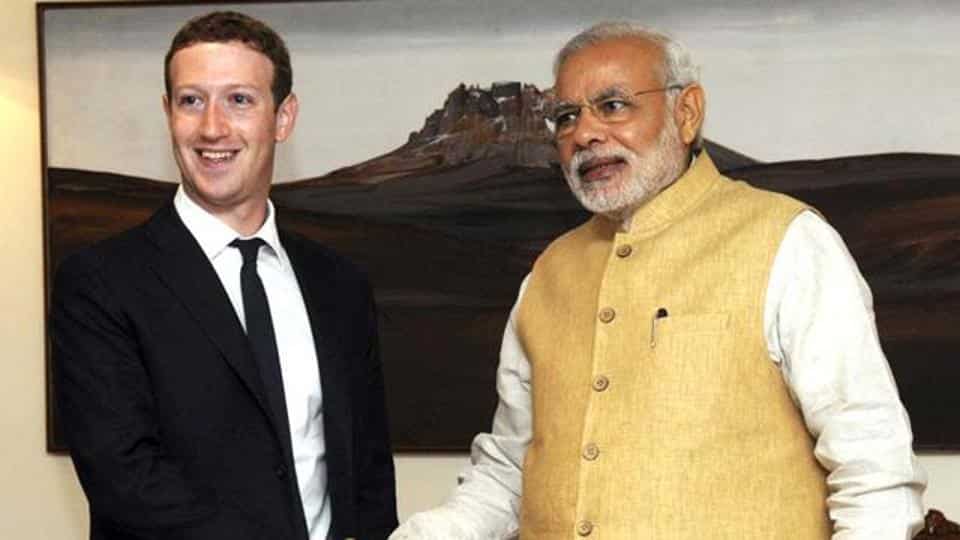 Facebook CEO Mark Zuckerberg in a recent post mentioned Indian Prime Minister Narendra Modi, citing his convenient use of social media to reach out to the people and thus setting an example to the global community.

The Facebook boss said the platform is a great tool for leaders to stay connected to people and informing them about several policies, measures and decisions taken by the government.

In a special mention to PM Modi, he said, “In India, Prime Minister Modi has asked his ministers to share their meetings and information on Facebook so they can hear direct feedback from citizens.”

In his latest post, titled ‘Building Global Community’ Zuckerberg again explained the company’s goal of building a online global community to help in all walks of life.

“I know a lot of us are thinking about how we can make the most positive impact in the world right now. I wrote this letter about how I hope we can come together to build a global community that works for everyone,” he said.

Mentioning a roadmap for the future, Zuckerberg said, “Today we are close to taking our next step. Our greatest opportunities are now global — like spreading prosperity and freedom, promoting peace and understanding, lifting people out of poverty, and accelerating science.”

However, he pointed out that Facebook’s initiatives call for apt global response to end several problems such as ending terrorism, fighting climate change, and preventing pandemics. ” Progress now requires humanity coming together not just as cities or nations, but also as a global community,” he added.

Outlining Facebook’s purpose, he said that the social media giant stands for bringing people closer together to build a global community.