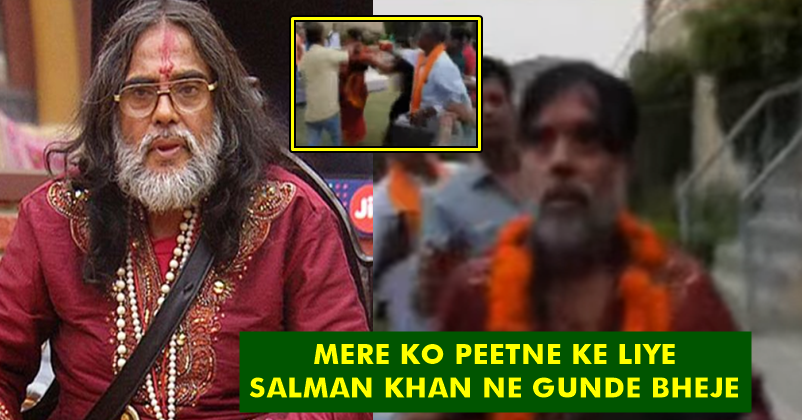 Om Swami the controversial contestant of Bigg Boss 10 has hit the headlines again. This time he’s in news for being beaten up by the public during a show.

The self-proclaimed Godman was attending the Nathuram Godse Jayanti at Vikas Nagar area in Delhi but it seems people didn’t like his presence. The moment he was called on the stage, people got up from their seats and bashed him. They were of the opinion that a fake baba like Om Swami shouldn’t have been called for the event; many of them considered this as an insult to the legend Nathuram Godse.

Initially people started shouting but later, they lost cool and started punching him. Not only this, they even attacked his car. Public broke the windows of the car and hit the driver too. While he was being beaten, his artificial hair was pulled out and everyone was stunned to see his “Asli Roop”. Abuses poured in and Om Baba had no option but to run away.

This is not the first time that the Baba was attacked. Even on 14th of January, when he was invited for a talk show on a news channel, he was thrashed on National TV. When asked about this treatment, Om Swami says that these goons were sent by Salman Khan, LOL.

THE OLDEST SELF-HEALING METHOD IN THE WORLD TAKES ONLY 10 MINUTES A DAY!