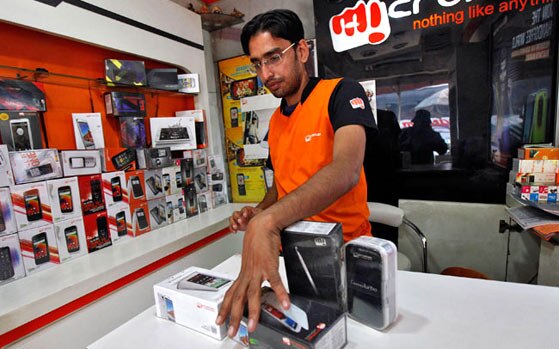 Micromax has plans to launch two features phone that will support 4G VoLTE . The names given to these features phone are Bharat1 and Bharat 2.  Micromax Bharat 1 and Bharat 2  will be available at the priced of Rs. 999 and Rs. 1,999/- respectively. The Bharat 2  has an android OS and is certified by Google, where as Bharat 1 is purely a feature phone.

Micromax 4g mobile at an unbelievable price is just amazing with everyone now searching for  4G VoLTE supported mobiles. Though many other companies provide 4G mobiles that range in price from Rs.5000 to Rs.10000 but Micromax has taken a step further to attract 4G phone buyers.

Some of the features of the phones include : TFT display and support display keyboard. The Bharat 2, expected to be launched first , in the next two weeks, has a 4-inch screen with WVGA (848 x 480 pixels) resolution. 2-megapixel rear camera and a 0.3 megapixel front camera. With 512MB RAM and 4GB internal storage. The phone has GPS, a 1300 mAH battery, support for LTE, Wi-Fi and Bluetooth. The phone will use Android Marshmallow as its operating system.

A huge demand is seen for 4G VoLTE mobiles Because of the free voice over calls nowadays, with providers like Jio . A huge competition will be seen in coming days With the introduction of Bharat 2,  Micromax which ranks in the top selling companies of the country and manufactures inside India. Only limited companies are selling less the rs 300o.

Bharath 2 which support 4G will soon be available in the market.  Micromax  still gives tough competition to other companies selling mobiles on the similar prices.

MEN AND WOMEN — WE ARE SO DIFFERENT

EASY TIPS TO BOUNCE BACK FROM FRUSTRATION

HOW BAAHUBALI TAUGHT BOLLYWOOD A LESSON!