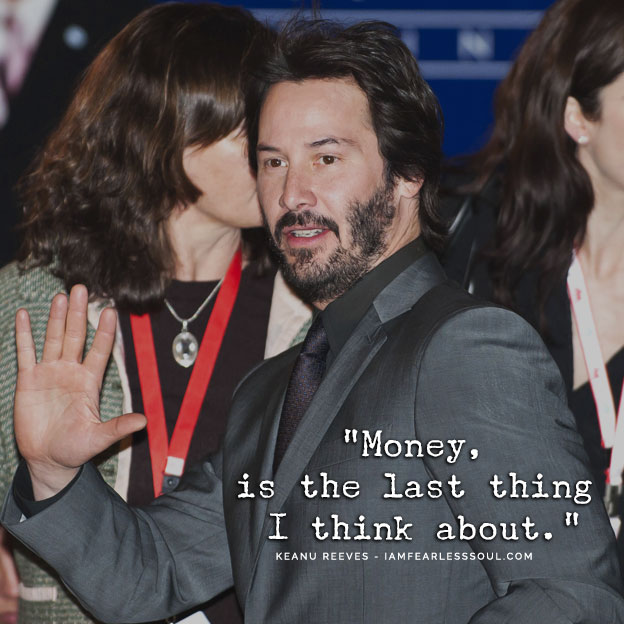 We all know Keanu Reeves, THE MATRIX superstar

But do you know his incredible story?

At the mere age of 3, he saw his father taking the last breath.

His mother moved them around a lot, causing him to attend multiple schools and never make lasting friendships.

Keanu struggled with dyslexia, making his education more challenging than it is for most. Eventually he left high school without earning a diploma.

At the age of 23, his closest friend River Phoenix died of a drug overdose.

Keanu met Jennifer Syme. The two fell instantly in love. A year later, the couple were expecting a daughter. Sadly, after eight months, their child was born stillborn.

They were devastated by her death and it eventually ended their relationship. 18 months later, Syme would die in a car accident.

Keanu’s younger sister, Kim, his best friend, was diagnosed with leukemia, and endured a long battle with the cancer before eventually beating it.

In 2006, Reeves told Parade Magazine, “Grief changes shape, but it never ends.” It’s a lesson that we’ll all likely learn.

Even with those incredible tragedies, Reeves would push on. He’s starred in a variety of blockbusters and has become a wealthy man, but the pain of his losses has changed how he thinks about money. He’s well known in Hollywood for being among the more charitable actors.

After the successes of The Matrix and its sequels, Reeves gave $80 million of his $114 million earnings to the special effects and makeup staff of the films. He also took pay cuts on the films The Replacements and The Devil’s Advocates so stars like Gene Hackman and Al Pacino would agree to be in the film while keeping casting within the designated budget.

Even though he’s likely worth $100 million, the man still rides the subway. And he’s super nice about it too.