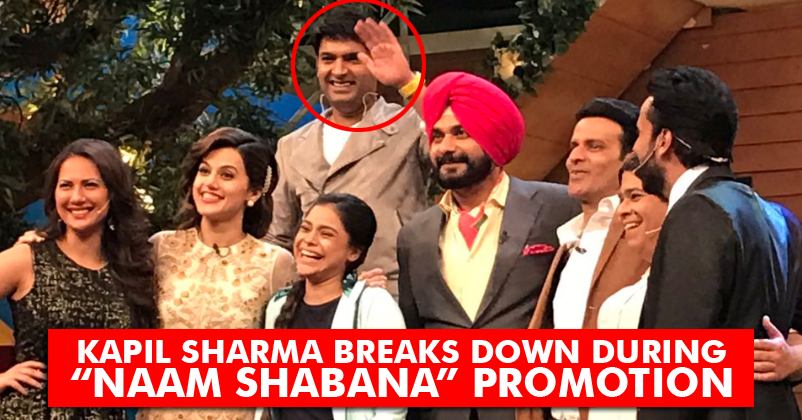 Kapil Sharma’s infamous fight with co-stars Sunil Grover and Chandan Prabhakar is not hidden from anyone. In fact, it won’t be wrong to say that it has been the hottest topic on the web ever since it took place. However, if you still don’t have an idea as to what happened, let’s just give you a quick recap.

It was on March 15 that Kapil Sharma, in a drunken state, abused and misbehaved with Sunil Grover in a flight when they were coming back to Mumbai from Australia. The brawl heated up to such an extent that Sunil made up mind of leaving “The Kapil Sharma Show”.

Later Kapil apologized on Twitter for the big mistake he made; however, the damage was done and Sunil, who was disheartened by Kapil’s behavior, couldn’t forgive him. What came as a bolt from the blue was Chandan Prabhakar’s decision of quitting the reality comedy show along with Sunil. They didn’t appear on the sets for shooting with Manoj Bajpayee and Taapsee Pannu, the star cast of “Naam Shabana”.

It was reported that Siddhu was given the task of making peace between Kapil and Sunil but things didn’t work out and there was no positive response from the side of either Grover or Prabhakar.

As per a source, the comedy king burst into tears before Manoj Bajpayee thinking all this and appeared to be upset when Prabhakar and Grover didn’t come for the shooting of the episode. To add to his misery, both of them have denied shooting for one more episode of the reality show.

Here’s what a source revealed,

“Several calls were made by Kapil to Sunil Grover which went unanswered. They were supposed to shoot with Naam Shabana team but it got cancelled. Navjot Siddhu was assigned as the peacemaker by the Sony Channel but nothing worked out. Both Chandan and Siddhu spoke to Siddhu on phone but denied to shoot with Kapil.”

As per another source,

There is absolutely no denying the fact that this incident has created a rift in the friendly relationship of Kapil, Sunil and Chandan. Fans would eagerly love to watch them all together but it thoroughly depends on Grover and Prabhakar whether they work again with Kapil or not!

What is your opinion with regard to the incident? Share your views in the comments section below.

Keanu Reeves And His Motivational Story