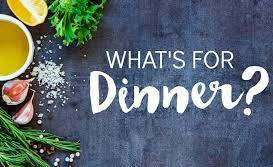 There was once a couple, married for many years. They were middle-aged. One day the husband after a long debate in his mind, concluded that his wife can not hear so well as in the old days, so he  thought she would need a hearing aid. Not sure how to address the problem to his wife, he requested help from the family doctor with who he discussed the problem. The doctor advised him to make a simple test to his wife in order to make a clearer idea of the so called hearing problems.

– This is what you have to do, said the doctor. Stay to about 10 m away from your wife and as if you have a normal conversation speak to her, tell her something and see if she hears. If you do not receive any response then go to 8 m away, then to 5 m and so on until you get an answer.

In the evening the husband positioned himself near the kitchen where the distance from his wife was about 10 m and asked her in a normal tone:

– Honey, what’s for dinner? But he received no response. So, the husband moved closer, this time in the door that separated the living room at about 8 m by his wife.

– Honey, what’s for dinner? Still no response received. He went and seated at the kitchen table, in the dining area which is 5 m by his wife. He asked again with the same tone:

Again he received no response, so he advandced to 2 m from his wife repeating the phrase:

– Honey, what’s for dinner? again having received no response. So it went near her and behind her ear said with the same tone:

– James for the fifth time, I said that we baked chicken.

Moral: Sometimes the problem might not be with others as we want to believe, it is possible to be inside of us … For which reason it is better before you find the problem in others, to try and identify it in you.

THIS IS THE BEST TIME TO EAT BANANAS ACCORDING TO SCIENCE.

DON’T UNDERESTIMATE ANYONE BECAUSE EVERYONE HAS A DIFFERENT STORY