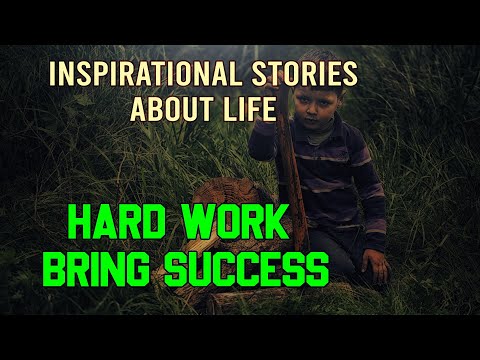 There once lived a rich businessman who had a lazy and fun loving son. The businessman wanted his son to be hard-working and responsible. He wanted him to realize the value of labor. One day he summoned his son and said: “Today, I want you to go out and earn something, failing which you won’t have your meals tonight.”

The boy was callous and not used to any kind of work. This demand by his father scared him and he went crying straight to his mother. Her heart melted at the sight of tears in her son’s eyes. She grew restless. In a bid to help him she gave him a gold coin. In the evening when the father asked his son what he had earned, the son promptly presented him the gold coin. The father then asked him to throw it into a well. The son did as he was told.

The father was a man of wisdom and experience and guessed that the source of the gold coin was the boy’s mother. The next day he sent his wife to her parent’s town and asked his son to go and earn something with the threat of being denied the night meals if he failed. This time he went crying to his sister who sympathized with him and gave him a rupee coin out of her own savings. When his father asked him what he had earned the boy tossed the rupee coin at him. The father again asked him to throw it in a well. The son did it quite readily. Again the father’s wisdom told him that the rupee coin was not earned by his son. He then sent his daughter to her in-laws’ house. He again asked his son to go out and earn with the threat that he shall not have anything for dinner that night.

This time since there was no one to help him out; the son was forced to go to the market in search of work. One of the shopkeepers there told him that he would pay him two rupees if he carried his trunk to his house. The rich man’s son could not refuse and was drenched in sweat by the time he finished the job. His feet were trembling and his neck and back were aching. There were rashes on his back. As he returned home and produced the two rupee note before his father and was asked to throw it into the well, the horrified son almost cried out. He could not imagine throwing his hard-earned money like this. He said amid sobbing: “Father! My entire body is aching. My back has rashes and you are asking me to throw the money into the well.”

“Father! My entire body is aching. My back has rashes and you are asking me to throw the money into the well.”

At this the businessman smiled. He told him that one feels the pain only when the fruits of hard labor are wasted. On earlier two occasions he was helped by his mother and sister and therefore had no pain in throwing the coins into the well. The son had now realized the value of hard work. He vowed never to be lazy and safe keep the father’s wealth. The father handed over the keys of his shop to the son and promised to guide him through the rest of the life.

Moral of the Story: Some of the life’s best lessons come from the hardest situations.