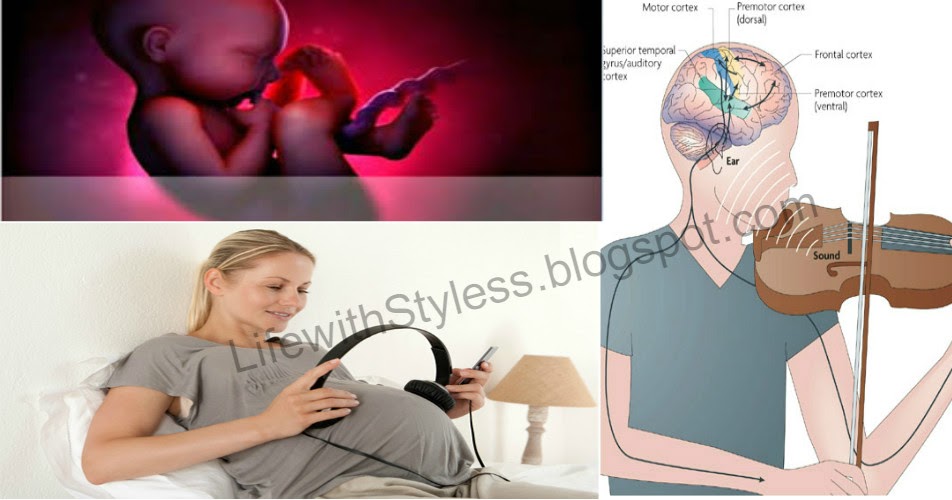 Your baby, even when in the womb, has preferences. A new study published in PLOS One found that fetuses move and respond more when their mothers touch their own stomachs than when they talk to the babies from outside the womb, according to Time magazine.

Specifically, researchers found that when mothers touched their stomachs fetuses showed “more arm, head, and mouth movements than when the women did nothing or when they spoke to the baby,” Time reported.

“Although it is speculative to suggest, it might well be that the increases in arm movements in response to maternal touch are also directed responses towards the source of the stimulation,” the study’s authors wrote.

But this isn’t the only way a child can develop within the womb. A study published in the Proceedings of the National Academy of Sciences earlier this year found that children learn language skills while in the womb when their parents read or talk to them.

The study found that premature babies specifically had a better chance at learning language and reading skills once they were born because their mothers read to them as a fetus, which developed “the auditory fitness necessary to shape the brain for hearing and language development,” according to the study.

“It’s never too early to start reading and talking to your baby,” Dr. Rebekka Levis, an assistant professor at New York Medical College, told The Journal News. “We definitely know that babies can hear their mothers and recognize their voice while in utero.”

A similar study in 2013 found that babies can learn and understand language because of what they hear from their mothers while they’re in the womb, according to WebMD.

Research shows that babies absorb information in the womb during the last 10 weeks of pregnancy, according to WebMD. And babies can recognize their mother’s language over a foreign language right after being born, ..

“The main message for new moms is that their babies are listening and learning and remembering during the last stages of pregnancy. Their brains do not wait for birth to start absorbing information,” the study’s author, Patricia K. Kuhl, Ph.D., said, according to WebMD.

But it’s really up to parents to decide what’s best, as long as there is some interaction going on. In fact, Jenna Goudreau of Forbes wrote that any interaction with your child will help your baby become smarter. Babies, even when they’re in the womb, shouldn’t be left to learn on their own, Goudreau wrote.

Pediatrician Anatoly Belilovsky told Goudreau that parents can motivate their children to learn by interacting — whether it’s through reading, talking or touching the stomach — with them when they’re in the womb.

The Magical Healing Power Of Onions: Put Them Under Your Feet & See Its Benefits

IF YOU WANT TO HAVE SLIMMER LEGS AND BETTER BUTT YOU NEED TO PERFORM THESE 12 SIMPLE EXERCISES!

8 FOODS THAT REVERSE HAIR LOSS IN NO TIME!