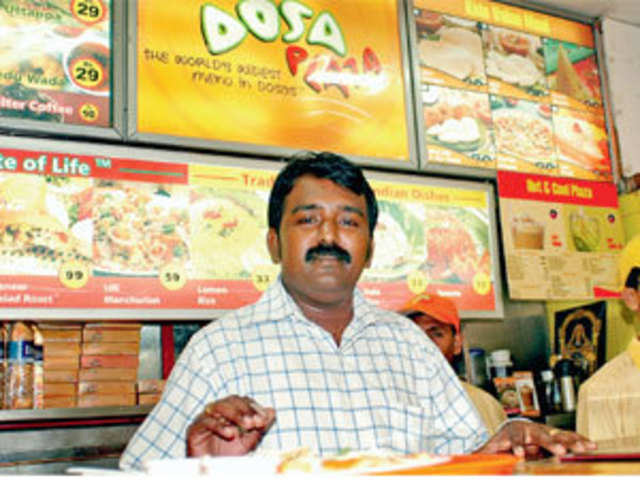 Prem Ganapathy was only 17  when he decided to move to Mumbai, to get some work in this big city. He was assured of work from an acquaintance, but instead he was stranded at bandra station , and the man accompanying him ran away leaving him alone with no where to go and had no any local acquaintances or knowledge about the language.

Out of pity, One of the Tamilian helped him reach the temple and asked the people to contribute money for his return ticket. 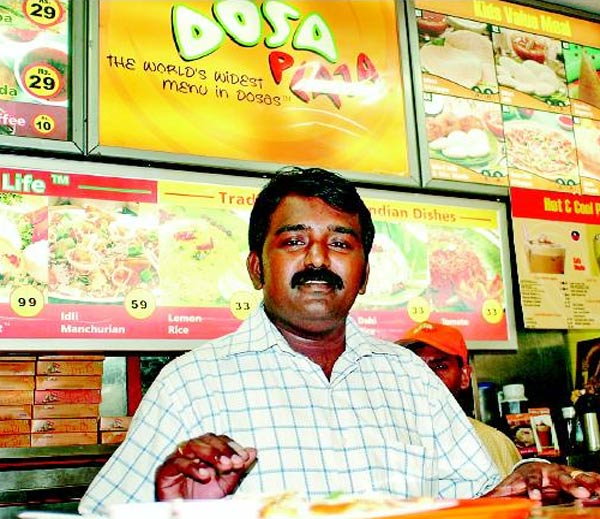 This was the time, when Prem refused to go back and instead thought to work hard and get job for himself in the huge city.  The next day he got a job washing dishes at a local bakery  for a salary of Rs 150 a month. After some time he got job for dish washing in a restaurant. He applied for the post waiter which was rejected by the owner of restaurant. Though he was a metric pass, that mad him eligible too. But because of regional politics condition he was rejected.

It was the time when a new dosa restaurant opened and ask him for job of a tea boy. This way Prem got promotion in his job is some way.

Prem worked hard day and night , offered best customer service to attract more and more customers and because of his excellent work and relationship with customers he started to bring business of Rs 1000, daily. Which was 3 times more then other tea boys earning.

Then he got an offer of 50-50 partnership from a person, who would invest the money on tea shop in Vashi in Mumbai and Prem has to work hard to expand the business and make it successful. As the business got a little success, he was deceived by the  partner and thrown away.

But Prem never gave up, he knew he can make this big. Again to try his fate once more , he got a load from his uncle and with his brother and mother opened a tea stall. Unfortunately the neighborhood residents objected. He then started a hand cart but that also did not work out.

Then he found a place, where he  set up a south Indian stall. Having zero knowledge of  dosas and idli , he started to learn all by his observation, trial and error. The dosa stall  was a successful business and started rolling making him some decent money this time, flourished during the 5 years from 1992-1997.  According to Prem it was its hygiene, proper appearances of the waiters and fresh ingredients which stood out as a difference.

Now Prem had decided to take a big risk of his life,  instead of heading home, He opened a new shop near Vashi station and named it  as Dosa Plaza. The Chinese plaza next which was next to  the Dosa Plaza gave hard time to Prem, and prem had to shut down within three months. But he did not get discouraged instead got some lessons. He applied those lessons in making Chinese cuisine in his dosas which worked very well.

He got passionate and invented a variety of dosas with Chinese style like American Chopsuey, Schezwan Dosa, Paneer chilly, Spring roll dosa etc. The 108 types of Dosas in his menu gets him a lot of publicity.
A chance encounter with a customer who was part of the team setting up a food court in a mall in New Bombay advised him to take a stall at the food court and again Prem was ready and willing to grow and expand. His vision was to grow by better offerings and better customer service. He also went to ad agencies to create the brand identity including the logo, brands, menu card, waiters dress etc.

Dosa Plaza currently has 26 outlets and 5 of them are company owned. It has 150 employees and a turnover of 5 crore. All the branches are connected and networked and there are training managers and proper manuals to maintain standard and uniform product and services.

FORBES LIST OF THE WORLD’S WEALTHIEST BILLIONAIRES IS OUT! BILL GATES CONTINUES TO RULE THE WORLD!

A FEMALE PILOT WITH NO ARMS – TRUE STORY!