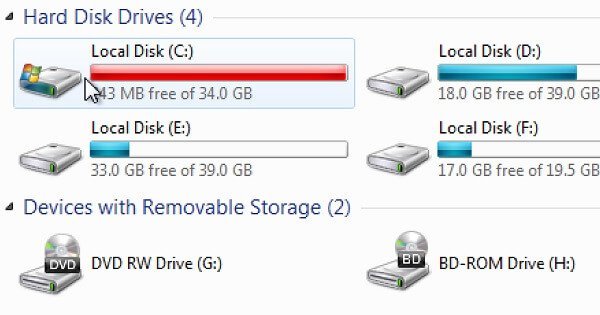 For nearly as long as hard disk drives have been placed in personal computers running certain popular operating systems (notably MS-DOS/Windows), the primary hard disk has been designated with the letter “C”.
Why is that? 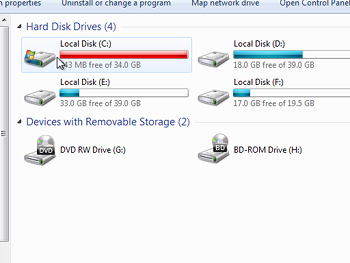 Why is ‘C’ the default drive letter – rather than ‘A’, which would make more sense intuitively – on so many computers? As it turns out, there is an interesting reason behind this C domination.

HERE IS THE ANSWER TO THE QUESTION:

Early PCs didn’t usually come with internal mass-storage devices due to the expense. Instead, they generally had “floppy” disk reader which used to read 5 1/4″ floppy disks, initially labeled as “A” in MS-DOS and certain other operating systems. Some systems came with two such floppy disk drives necessitating the need for a “B”.

When hard disk drives became standard in most PCs in the later 1980s, since the first two letters were already commonly used for these floppy drives, they logically labeled the third storage device “C”. Times changed and eventually, floppy disk drives were entirely removed from computers, but somehow the label ‘C’ stuck with hard disk drives. In fact, most Windows computers come with the first partition labelled as ‘Local Disk C:’ for that same reason.

How to Maintain Your Smoke Detectors

DO YOU REMEMBER HOW WAS YOUR LIFE BEFORE THE INTERNET? CHECK OUT