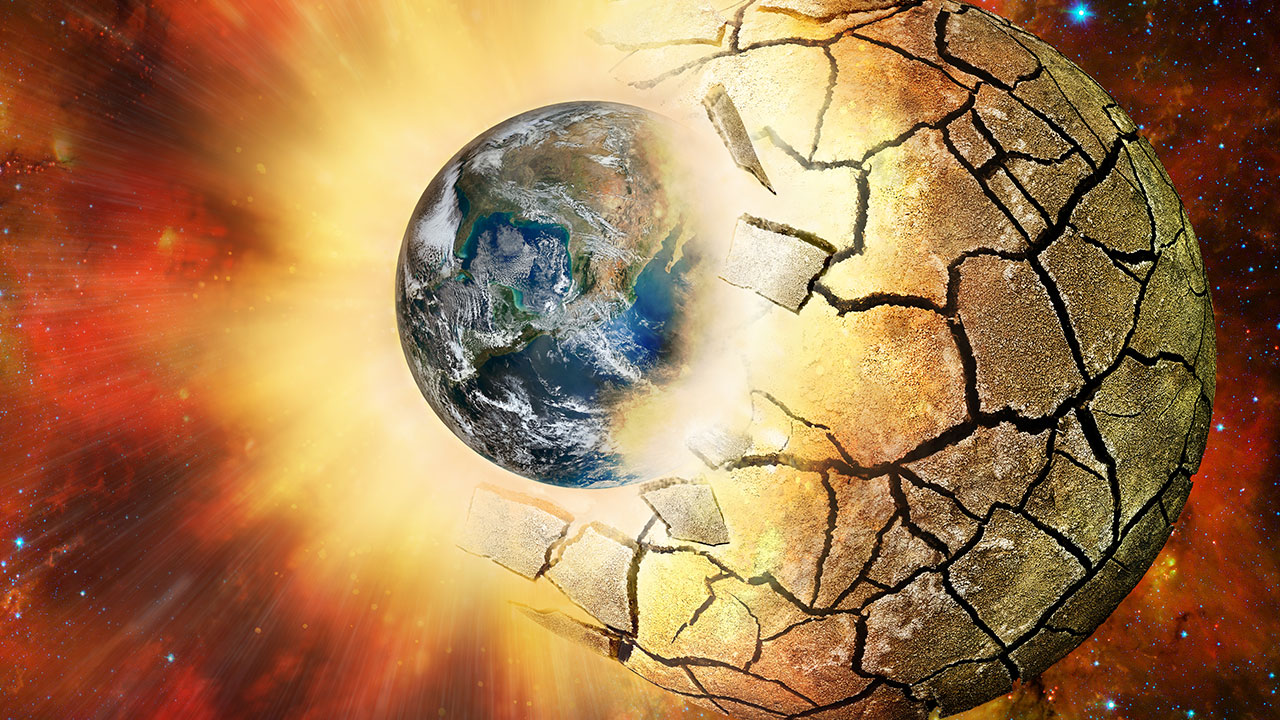 Are we all going to die in next 26 days? Well, at least the conspiracy theory of David Meade says so. Meade is a renowned conspiracy theorist and according to him, the planet will be destroyed on 23rd of September 2017.

According to his theory, Planet Nibiru i.e. “Planet X” will appear on the horizon and will collide with the Earth. The collision would start , it would finally hit the Earth and destroy it. The date that he has predicted is “September 23, 2017”.

So basically, he believes in the theories in the Bible, which is why he says that the upcoming solar eclipse on the 21st of August will mark the beginning of dooms day. Earlier Meade had said that the planet would hit Earth in the month of October, but again, he preponed the date to 23rd September.

What is Planet X or Planet Nibiru?

Nibiru has been in discussions of conspiracy theorists since a long time now. Many a times, predictions in connection to Nibiru bringing in dooms day were made, but none came true. The first mention of Nibiru dates back to 1976 in a cult book by Zecharia Sitchin “The 12th Planet”.

n the book, it was mentioned that Nibiru is populated by a humanoid race termed “Anunnaki”. It further mentioned that the race had visited Earth thousands of years back for mining gold in Africa. It read, “As an outcome of needing workers to carry out these mining operations they used genetics to create Homo Sapiens”.

He highlights the stanzas of Old Testament book of Isaiah, Chapter 13, verses nine to 10. According to it, “See, the Day of the Lord is coming – a cruel day, with wrath and fierce anger – to make the land desolate and destroy the sinners within it. The Stars of Heaven and their constellations will not show their light. The rising Sun will be darkened and the Moon will not give its light.”

Meade connected it to “33 Convergence” i.e. a series of weird co-incidences that relate to number 33. Quoting the theory, Meade said,

“When the eclipse begins on August 21, the sunrise will be dark, just as Isaiah predicts. The Moon involved is called a black moon. These occur about every 33 months. In the Bible, the divine name of Elohim appears 33 times in Genesis. The eclipse will start in Lincoln Beach, Oregon – the 33rd state – and end on the 33rd degree of Charleston, South Carolina. Such a solar eclipse has not occurred since 1918, which is 99 years – or 33 times three”

At the head of Virgo there will be 12 stars, the nine stars of Leo and the planets Mercury, Venus and Mars. Virgo will then appear to give birth to Jupiter, apparently signalling the beginning of the end for us all.

If you are too fond of conspiracy theories, this might scare you for a while. Some might even be curious to know more about planet Nibiru. Since years, there have been stories about such mysterious bodies whizzing through the solar system.

Many a times, even NASA has addressed such conspiracy theories and has called them an “Internet Hoax”. In the past, it had talked about Nibiru as well!

What does NASA have to say about this dooms day?

As of now, NASA hasn’t commented on Meade’s claim. However, earlier in 2012 it had said that such claims lack factual base. It had also said,

“If Nibiru or Planet X were real and headed for an encounter with the Earth in 2012, astronomers would have been tracking it for at least the past decade, and it would be visible by now to the naked eye. Obviously, it does not exist.”

Even earlier there were predictions that we will die in December 2012 but fortunately we are still here. Such kind of Doomsday theories keep coming after every 4-5 years and we should not believe on such individual theories unless NASA or any other Govt approved organization confirms it. Currently, there are no such confirmations of doomsday by any official organization and if you see such news on social media then please ignore it and move on.

PICK A STONE & DISCOVER WHAT IT SAYS ABOUT YOU. IT REVEALS MORE ABOUT YOU THAN YOU’D THINK!

COOL & STRANGE MATERIALS YOU MUST HAVE ▶ INGENIOUS INVENTIONS