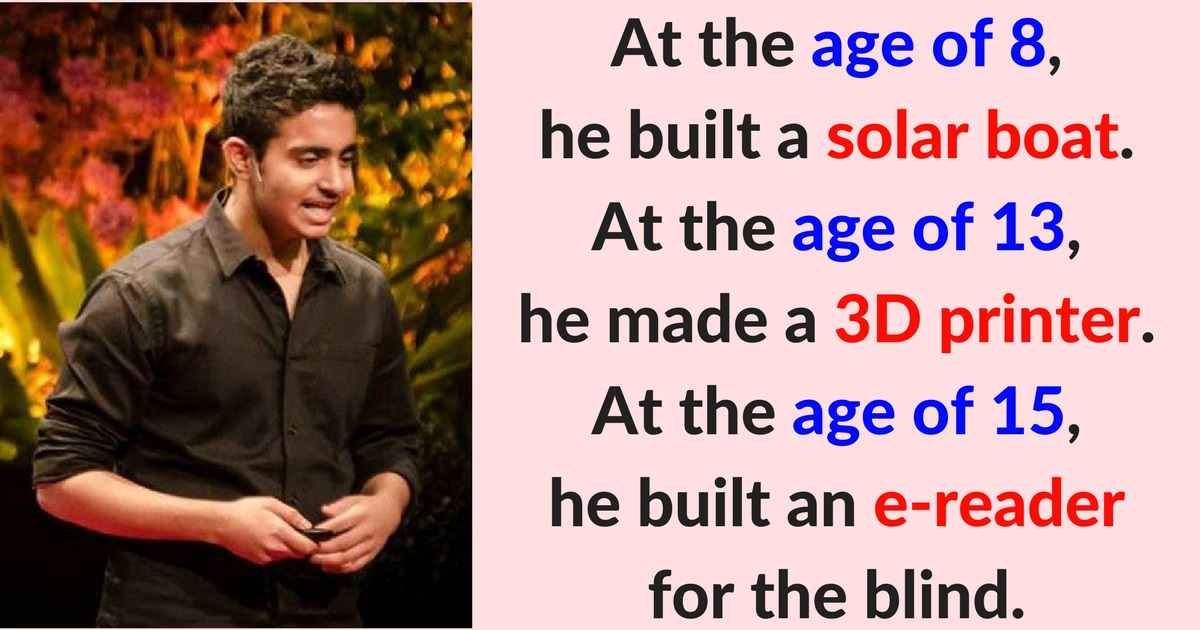 The quality of our Education system is the hot subject of debate amongst citizens from all walks of life. While formal education system is criticized by many for emphasizing rote learning methods, the equally good number of citizens claims formal education’s importance in shaping the lives of younger generations.
This prelude is to introduce readers to a child prodigy- Angad Daryani, who exhibited guts to walk out of formal schooling system to explore ‘Learn by Doing’ methods when he was in 9th standard. But he also acknowledges that ‘Education is important in shaping one’s technological aspirations.’ Though many media reports have projected Angad as a school dropout who did miracles with technological product development, Angad himself has written on his homepage that he only chose an alternate method of schooling to support his unusual hobbies. Currently, he is pursuing Electrical Engineering and Applied Mathematics course at the University of Massachusetts, Amherst.

Angad, at only eighteen years of age, has won accolade for his passion for technology innovation, for exhibiting entrepreneurial skills and for technological contribution to the cause of poor sections of society.  Here is an attempt to decipher Angad Daryani’s journey— which started as a natural child tinkerer to an accomplished social entrepreneur who has even delivered TEDx-Talk at eighteen.

“I love art, and I paint my canvas with electrons! “- is the witty quote of Angad Daryani a Mumbaikar. He likes to address himself as a ‘Maker.’ Angad, as a child first built a hovercraft and his curiosity to tinker with technology made him develop many hobby projects like Water Level Detector, Automated Gardening System, Robot Wars at IIT-Fest in the year 2012 and Solar Powered Boat to name a few.

When Angad was 15 years old, he was dejected with rote learning practice of conventional schooling and decided to walk out of it. His parents were mature enough to understand his feelings, and they stood by him. He took up homeschooling in Mr. Vinit Ajgaonkar’s guidance for his 9th and 10th grades. Later he pursued the International Baccalaureate Diploma Program at Jamnabai Narsee International School in Mumbai.

Angad Daryani has admitted in one of the interviews that quitting school and submerging in his passion for developing products was of small mileage. Very soon he had realized, for taking his ideas forward and makes it a real product; Continuing Education was necessary. So he got back to the track of schooling and is currently pursuing the course at the University of Massachusetts, Amherst.

Angad is a real advocate of ‘Learn by doing’ and not ‘Learn after we do.’ True to his belief Angad started a Makers club called Makers Asylum at Mumbai to help youngsters to experiment with their ideas under one banner.  Currently, it is managed by his co-founder Vaibhav Chhabra. Angad had a natural entrepreneur within him which resulted in floating of two companies Shark Kit and SharkBot.

Shark Kit’s objective is to provide cheapest DIY-Kits to youngsters so that innovators within them get nurtured. In a nutshell at Shark Kits, Every student explores by assembling kits and understands the functionality of each part thus hone scientific spirit within them.

While Shark Kit is an educational venture, Shark Bot has a business perspective.  SharkBot is floated with the idea of developing 3-D printers at an affordable cost. As per the information available at Angad’s web portal, SharkBot 3-D Printer is yet to hit the market and currently is in its development stage. SharkBot is a dream project of Angad. His team had even shut down operations for a year when the prototype they were aiming at was not moving in right direction. In a nutshell, SharkBot is envisioned to address two limitations of available 3-D printers: Their expensiveness, unreliability and fragile prints. Thus Angad’s team is primarily focussing on building a Robust and inexpensive 3-D printer.

Angad opines his product development venture aim is to help out needy sections of society. Two important projects of social relevance in his kitty are:

It converts digital text from Roman to Braille in real time, and the tactile Braille feedback is sent to the fingers of a visually impaired person to read the text immediately. It is a low-cost e-reader for the blind. In its absence visually challenged readers should read either using text to speech converters or print it on Braille printers which are too expensive (approx: 2,00000 Rupees) for everyone to afford it. According to Angad, this device can work as ‘Blind’s Kindle’ and provide them the joy of paperless reading. The team behind this project is Vijay Varada, Angad Daryani, Raghavendra S H, Ankit Prajapati. It is a project developed under mentorship and funding of MIT, Boston, USA.

The Android-based device is being developed with the objective of providing continuous health care for cardiac disease patients. Though it is still in prototype version, it can have a significant impact on rural sectors of our nation as it can help to reduce frequent hospital visits of patients. Here the patient is provided with a wearable ECG-monitoring belt, and their condition can be monitored remotely through an Android app installed in Doctor’s mobile. Team members for this project are Kuldeep Singh Rajput, Neeraj Babu, Raghuveer Surupa, Vidya Mansoor, Arjun Pola, Angad Daryani. This project is mentored by Massachusetts Institute of Technology (MIT), Boston, USA.

To conclude we can only appreciate and accolade the passion of this youngster who has visualized both the merits and demerits of the formal education system and has the guts to acknowledge his mistakes and at the same time his contribution to the wellbeing of society with his ‘MAKER’ attitude of a social entrepreneur.

An Effective Exercise to Burn Fat and Improve Posture