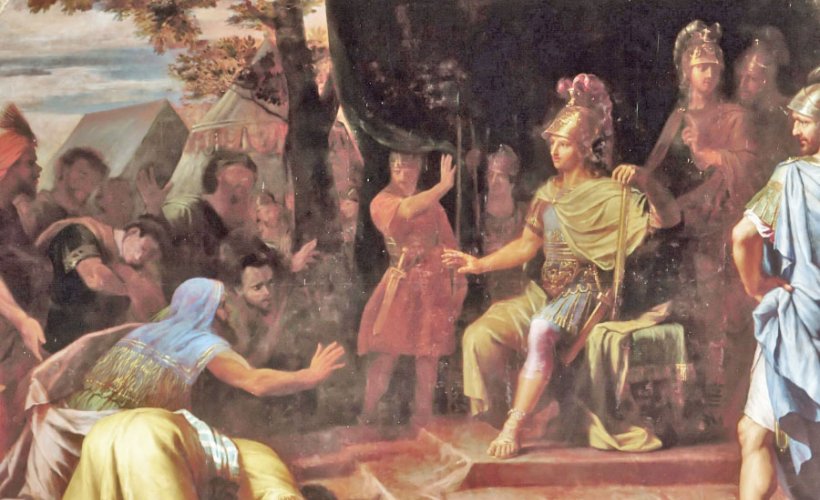 When Alexander came to India, He discovered that out of all the countries he conquered, most truthful and wise persons were found here in India so he told about his desire to meet heads of India i. e. the philosophers and the saints.

He was taken to Indus river where meet a Saint. Alexander was known as the Emperor of the world, while the saint did not have even the loin-cloth round his waist but Saint’s eyes were sparkling with the spiritual luster.

Alexander was overwhelmed by the spiritual personality of saint and said, “O great soul, be kind to me.. People in India keep Jewels like you in obscurity. I request you to grace us by accompanying us to my country. I shall offer you with anything and everything you might require but pray. Come with us.”

Saint smiled and said, “I am everywhere. I am omnipresent.”

Alexander was not able to understand what saint meant and repeated his request to saint and offered temptations to him.

Saint again refused to come with him by saying, “I don’t stand in need for anything..”

Alexander got annoyed and felt insulted as nobody had ever refused to him. So in anger he drew his sword to kill him.

Seeing this saint burst into laughter and said, “Children sit on stand, play with it, construct small houses and then demolish them themselves. The sand does not lose anything in the process. It remains the same as before. Similar was the case with the saint.

For me body is like a house of sand which is built according to the innate tendencies of man. I am sand, i was never a house. If anyone wants to demolish it, is only demolishing his own house. Sand remains the same.”

On this retort from the saint, the sword fell down automatically from the hands of Alexander the great and he apologized for his arrogance.

Moral:
Person who is Spiritually Enlightened have Nothing to Lose and Nothing to Fea