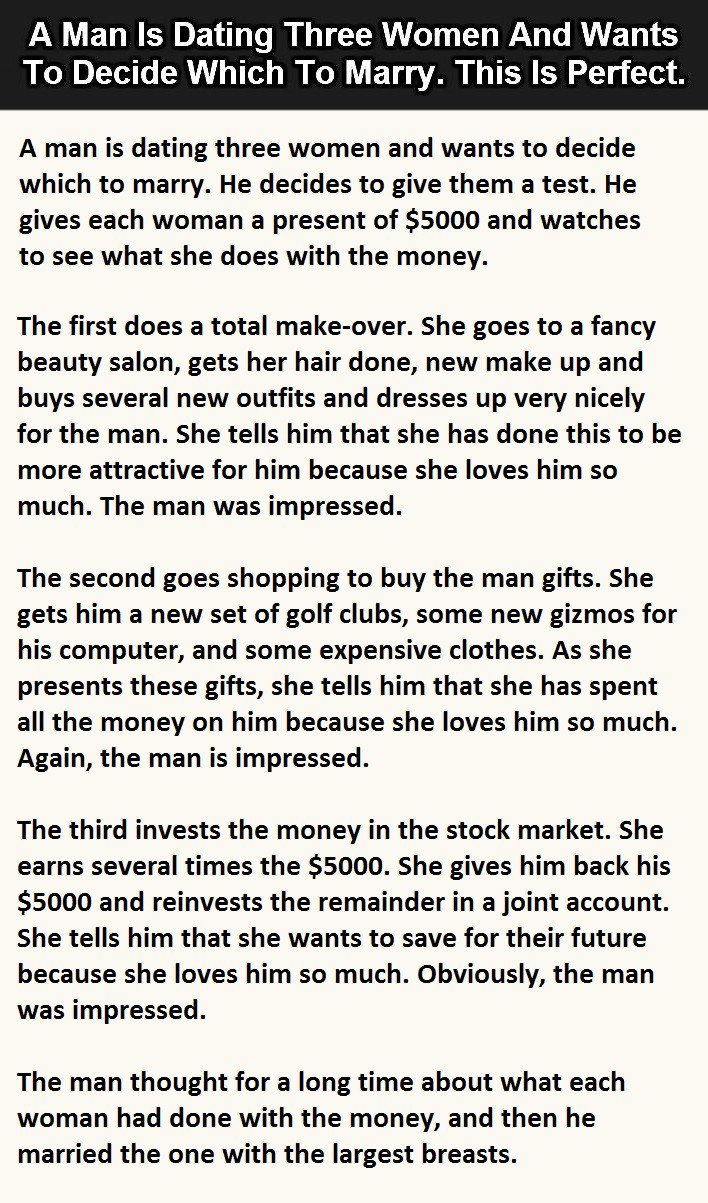 A man is dating three women and wants to decide which to marry.
He decides to give them a test. He gives each woman a present of $5,000 and watches to see what they do with the money.

The first does a total makeover. She goes to a fancy beauty salon, gets her hair done, purchases new make-up and buys several new outfits, and dresses up very nicely for the man.
She tells him that she has done this to be more attractive for him because she loves him so much.
The man is impressed.

The second goes shopping to buy the man gifts.

She gets him a new set of STRONG golf clubs, some new gizmo’s for his computer, and some expensive clothes.As she presents these gifts, she tells him that she has spent all the money on him because she loves him so much.

AGAIN, THE MAN IS IMPRESSED.

The third invests the money in the stock market.
She earns several times the $5,000. She gives him back his $5000 and reinvests the remainder in a joint account.

She tells him that she wants to save for their future because she loves him so much.
Obviously, the man was impressed.
The man thought for a long time about what each woman had done with the money.

GUESS WHICH LADY HE CHOOSE TO MARRY?

Think like a man . . .
(scroll down for the answer)
He married the most beautiful one.
Men are Men…. Obviously!!!
previous post

HOW TO MAKE A WOMAN CRAZY ABOUT YOU

MAKING LOVE DAILY CAN HELP YOU TO CURE THESE 10 DISEASES!