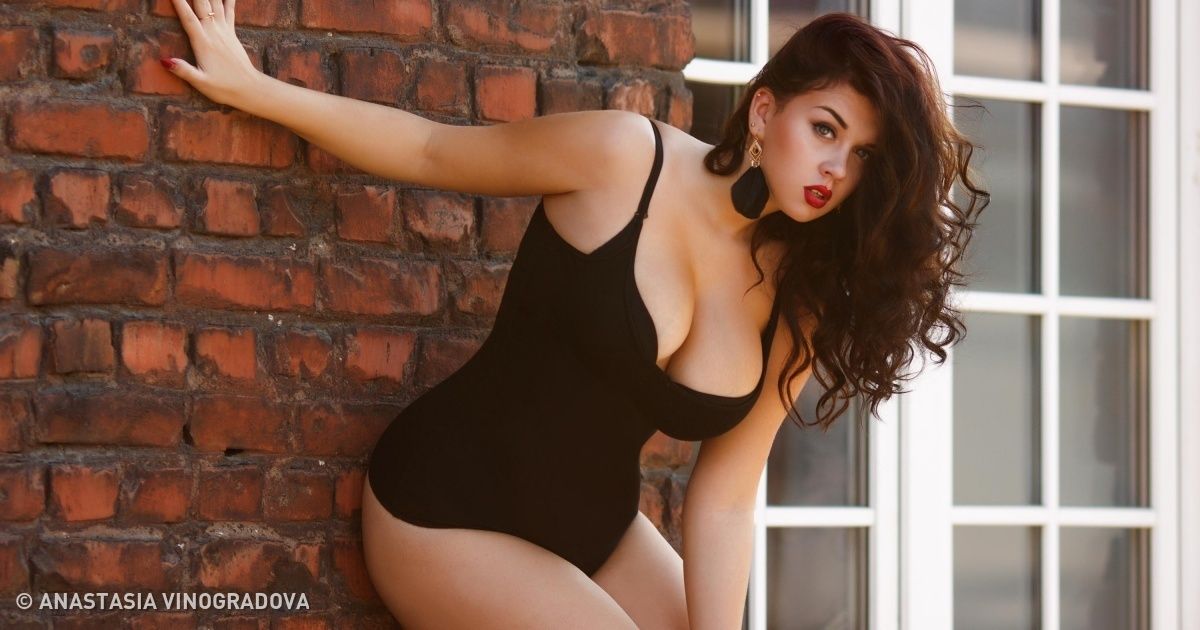 When most people hear the word “model” they immediately think of super skinny, tall girls who are possibly starving themselves in order to keep their “glamorous” job. It’s no secret that being a model is tough and it’s a full-time job of staying in shape and looking great no matter what. But thankfully, the world is changing, slowly but surely. Due to people’s protests and dissatisfaction with the unrealistic expectation the fashion industry imposes on us, now the model business is trying to be more inclusive towards women of all shapes and sized. In a way it’s making the modeling business a more diverse place. To prove this, we’re going to show you 10 gorgeous models embraced by the world for who they are.

Chloe Marshall
Winning the title of ’Miss Surrey 2008′ and reaching the finals of the ’Miss England’ pageant in the plus-sized models category became turning points in Chloe’s life. These two events served to attract media attention and make the girl truly popular. This, in turn, helped to launch her professional modeling career. Today, Marshall’s motto is ’You don’t have to be tall and thin to be considered beautiful.’

Stefania is currently the face of a lingerie line by Dita Von Teese. She opposes the use of the term ’plus-sized model,’ saying that it is wrong to apply it to shapely girls. This has led Ferrario to express her protest on Instagram by creating the #DropTheSize hashtag and insisting that she is a real model, without any ’buts.’

Felicity became a model thanks to a lucky break. She was simply dancing at a youth club when she got noticed by a professional fashion photographer who invited the curvy girl to take part in a photo shoot. This goes to prove that openness and the absence of excessive shyness can have a beneficial effect on your career! 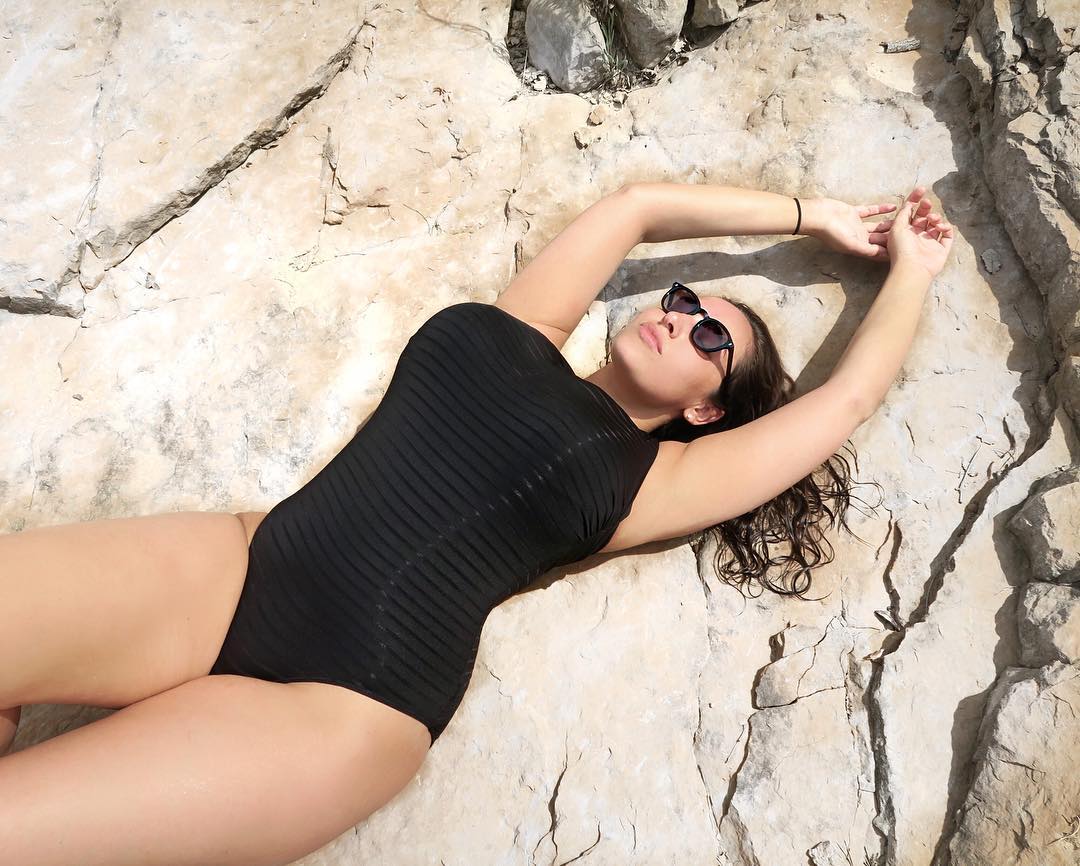 Jada works with various brands and advertises swimwear and dresses for women with curves. She is living proof of the importance of feeling confident and at peace with one’s body. 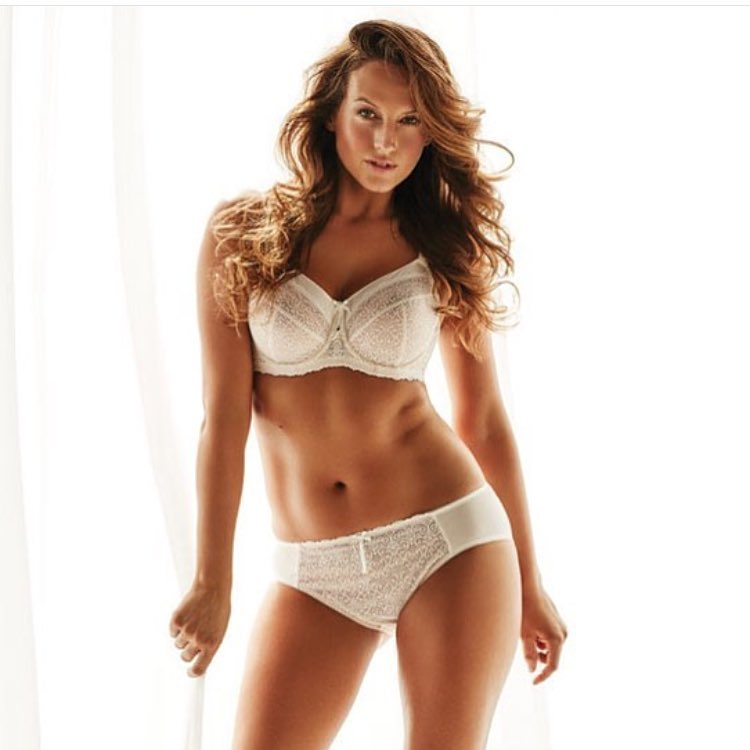 Kortnie became famous thanks to her participation in the ’America’s Next Top Model’ reality show. This resulted in a collaboration with world-class fashion agency Wilhelmina Models.

Liris Crosse, a famous model and actress, is often called the ’Naomi Campbell of plus-sized fashion.’ When Liris was starting her career, modeling agents advised her to lose weight. Despite this, she managed to find a niche in the fashion industry without having to drastically change her body. Liris Crosse regularly poses for various influential fashion magazines. She’s also appeared in music videos alongside world-famous pop artists and actors. Liris considers it her mission to inspire other women to follow their dreams.

Shareefa feels sexy in any clothes. She thinks it is unfair that beauty is associated with thinness, while shapely women have to suffer the discrimination of the fashion world. She uses her own example to save young girls from developing complexes, and she shows them that they don’t have to change their figures to adhere to some made-up standards.

Katya Zharkova is a top Russian model. Her life’s credo goes like this: ’Your happiness has nothing to do with how much you weigh. Live in the Here and Now — don’t put things off until later!’

Marquita began her career by posing for plus-sized fashion catalogs. In 2011, she appeared on the cover of Vogue magazine. She also went on to become the face of the Levi’s brand. This model is happy with her body but stresses the importance of physical health.

Anastasia Vinogradova is a Russian photo model equipped with breathtaking feminine curves, a fabulous face and beautiful eyes. This make her an outstanding example of feminine beauty and elegance.

DO YOU HAVE GAP BETWEEN TEETH? IS IT A SIGN OF GOOD LUCK OR BAD LUCK? HERE’S WHAT IT MEANS